A few days ago, if you couldn’t tell, I was pensieve and contemplative and probably not feeling 100% the person I usually am…

Today I feel much better. Actually, since writing that post I feel much, much better! People got in contact and expressed their appreciation which was very much needed and lovely to hear. Not for the “ego boost” or any kind of needy beast inside needing to be fed (well, possibly a little bit of that…) but for the sheer joy of a friends affection for you. We might not think we need it until one day it’s not how it used to be and then a bit of a hole is left. Plug it up with loooove 🙂

Anyway, another reason I could be feeling better today is because it’s pay day. Can I get a whoop whoop?

I get paid monthly, blerk, and pay day is very much anticipated each month. Today I wrote out my budget and put down all the things I needed and that were high priority – car things, alignments, check ups and such, rent, food…. all those boring things. But as well as the chunks of money I put towards the non-exciting stuff, I also got to put some away for fun stuff. This weekend is Erin’s birthday, next weekend is Jemma’s birthday, the weekend after that Scott and I are heading to Onemana, along the Coromandel Peninsula, to meet up with some cool kids we met in Vancouver. Scott already knew them, I knew a mutual friend, we all got together in some way or another (mostly non-sexual, but then kind of sexually… but not how you think… twisted! haha, Scooter and Me, the friend and the friends boyfriend, at some point, back in the day…) anyway – that’ll be a weekend of chillaxing, maybe a bush walk, some fizzy wine and definitely some food. Oooh, I didn’t think to plan a menu. I will now! Yuss!

Those are things are days/weeks away so today I satisfied the spendy monster inside me (he’s not very big and he’s mostly quite practical) with the following:

So that’s me. That’s my today so far. Later, after work, I am getting a massage – for medicinal purposes – and going to Bayfair (see ya there!) with my sister so we can get over excited about being out of the house and at the mall, try not to eat cheesy gravy garlic fries and look for stuff for me. Oh and mainly so I can get a smarty pants phone to download Whats App (whatever that is…I’m so out of touch) so that my sister in Melbourne can send me photos of my nephew. Woo! Technology! Woo!

Fantasy land… a flight I take for free 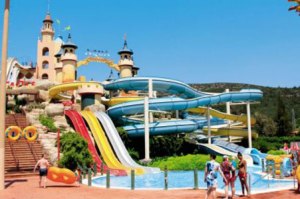 I love looking at flights. Even though I can’t book any and I don’t know exactly when I can go, I like to live so far in the future that it’s like I’m living it for real.

If you could fly anywhere today, where would you go?

My hand is up! I’ve been pretty slack, I know it. No, no, don’t try and make me feel better with your “life gets in the way comments” and your remorseful stares. I’ve been slack.

Work has been MENTAL! I’ve been more stressed in the last three weeks than I have in a long time but it’s all calming down now. Thank the powers that be! There are 8 more days of this awful job left and then it’s goodbye celebrations and road trip with husband!!!

When I arrive in the North Island, and will be unemployed, I’ll have plenty of time to update this wonderful wee blog I like to think thousands of people follow. But it’s just you…so, sorry for not posting and thanks for reading 🙂

an underground restaurant nestled in a vancouver home

dandelions at my doorstep

Cooking with a Wallflower
Goan Recipes

Learn about Goan and Indian Recipes

Tales of a Kitchen

The Laines Pub lets you in on all our secrets!

the art of wonderment